Readers beware – to the read the contents of this short list is to spoil your viewing experience of such a movies.

The premise is simple: A man is kidnapped, put in a room for 10 years and then he is released. Within those 10 years, he does not meet another human being, he does not know who or why did this to him. Old Boy follows the story of this man on his quest for answers.

What makes Old Boy so brutal?

If some wrong-doing has been done to you, how far would you go to exact vengeance on the culprit? Chance are you will opt for torture and then death. Old Boy quite simply gives a new meaning to revenge. It is so horrific and so scary that… well.. that – it simply leaves you wondering what if someone exacted the same vengeance upon on you. Furthermore, when you watch Old Boy, you don’t even know you’re watching a revenge movie.

What was that vengeance (spoiler alert)?

This movie is so…. Terrible. I can’t watch it again.

2. Requiem for a Dream This is a movie that promises to be one thing, but becomes something else altogether. Here’s what I thought it was about:

What Requiem for a Dream is really about: DRUGS.

It is about letting go of your loved ones for your base desires.

It’s about selling your soul to the devil because you can’t help yourself.

Directed by Darren Aronofsky, this is such an upsetting movie on the psychology of the human mind. It’s brutal, unforgiving and… I don’t think I can watch it again. The visuals are so upsetting and terrible, they haunt me to this day. 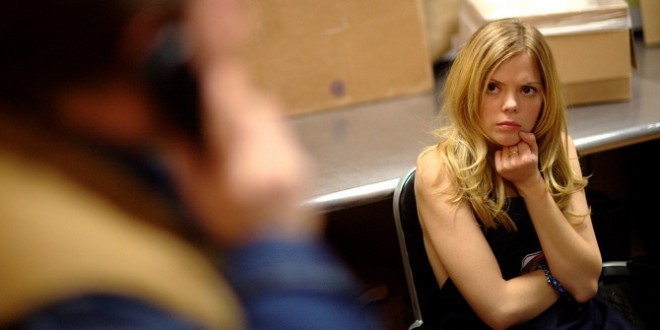 Chances are you haven’t heard of this movie – that’s how underrated it is. A man calls you, claims he’s a police officer and convinces you that you must follow his orders – some of those orders are inhumane, like body searching another human being. It would be insane to follow him, right? Right now, you may be thinking – obviously, I won’t follow this cop, I’m not stupid – but – Will you follow through if you were in the same position as the people in this movie?

Compliance is based on a true story. The premise is simple. A day at work begins at a fast food station. The manager gets a call from a policeman claiming that one of the employees is a thief. The manager needs to follow the policeman’s instructions. This is compliance. And, down the rabbit hole we go.

Each action that the police officer asks the person on the other end of the phone to act upon the employee – is disgusting and inhumane. Compliance is a terrible, deep look into the human mind and how one can do another person’s bidding with just the right words. It explores our desire to hand over our responsibility and our thinking ability to a figure of authority. I don’t know what’s worse, the inhumane acts or the vulnerability of the human mind.

What makes it worse is that the story is true to the core.

Watch this movie and tell me if you can watch it again – it’s the degradation of the human spirit at its worst, and you know what – it could happen to you.

A strange film that explores the idea of alternate possibilities, Mr. Nobody is what they call ‘Dimag-Ka-Shot’. Now I understand that’s no reason to put this movie in a ‘never watching again’ list, however, this film, makes your head spin and asks you a question – Don’t you want to know all the possibilities of life?

What makes Mr. Nobody unwatchable?

It’s way too disturbing and convoluted and more than often you will find yourself scratching your head because it just didn’t make any sense. I am not saying Mr. Nobody is a bad film, in fact it’s a great film (idea). However, honestly, the movie takes you on a weird movie trip and you want it to end – but it doesn’t. The story keeps going on and on – the possibilities of life are endless. Until, you decide you do not want to go through this disturbing ordeal ever again. And, at some point, the movie finally ends where you start. Your character is nobody.

No matter how much of a non-vegetarian I am, I have never loved the idea of cannibalism in movies. It gives me the creeps. But when I saw the trailer of this lesser-known French film, I was intrigued.

And so after mustering some courage, I decided to give it a shot and boy was I surprised.

This is one of those movies where I wouldn’t have to convince you not to watch again. Getting you to watch it a first time would be difficult enough! The movie takes the hardcore subject of cannibalism and makes into an art-piece. Kudos to the makers! However, why I wouldn’t want to experience it again, is purely because it gave me too many squirms and collywobbles. No doubt, it’s a guilty pleasure, but I wouldn’t want to go through those eerie moments in the film that make me question ‘Am I too capable of this?’

But, you know what – we dare you to watch all five of these movies.

Previous Article
9 Best World War 2 Movies You have to Watch
Next Article
10 Different Types of Horror Movies and what makes them, different