[Statutory Warning: This post may or may not contain spoilers. Some say it causes cancer as well. Proceed at your own risk.]

When you think about movies that argue morality, many come to my mind. I think about the intense emotional dichotomy of Crash and Babel, or the unnerving decisions you’re left with at the end of Gone Baby Gone – or even the absolutely brilliant, albeit depressing reality of Magnolia or Dogtooth (Kynodontas). And yet – I’m going to pick a South Korean movie released in 2009 I chanced upon by the name of “Madeo” or “Mother”.

Now – (Spoiler Alert for those who didn’t catch the alert at the beginning) – the plot of Madeo is simple – there’s a mom, her son is bordering mentally disabled, and he’s accused of a Murder which the mother knows could not have been done by the son. Now the son has a violent friend who usually instigates him into doing the crazy shit he does, and we’re shown actual instances of the same when the movie begins. The mother knows this – and therefore, when the son conveniently happens to be the only one present at the scene of the crime – the mother is understandably distraught and enraged, and the rest of the movie shows her attempts at proving her son innocent, especially since the son is not mentally stable enough to even defend himself against the accusation.

This keeps going on, while we’re painfully led along the mother’s perspective – each step more agonizing with continuous sympathy for the son. We know for a fact that the son was present at the murder location – but we know he doesn’t have tendency for violence, unlike his friend, and we know for sure that he’s mentally challenged.

So when the story suddenly flips, and the mother after finally managing to prove her son innocent, chances across an oblivious witness who tells the mother her son is in fact guilty – the audience is left stunned. Utterly shocked. The mother is with us on this one – because we’re stereotypically opposed to assuming the mentally challenged son could actually be wrong. I call it the “disabled man in the wheelchair is always right” phenomenon. And it’s brilliant – and morally conflicting enough to pierce the very ideals of our tendencies and biases. And the mother – who has the added bias of biological relation, is faced with the hardest choice a human being must make.

And the utter simplicity of the conclusive answer, is what makes this an experience truly worth cherishing.

This is Sarco signing off. May the Force (that enables obliviousness towards my sarcastic exploits) be with you.

I’m thinking, there have been few movies that have moved my rock-hard-headed, thoughtful mind, near to actually crying (I grudgingly admit)… but I’m thinking the only movie that had me melting tears – is Magnolia. The movie is about Regret, Emotional Baggage and how “We might be through with the past, but the past ain’t through with us”. In other words, Magnolia really makes you examine your life – the things you you’ve forgotten, things you don’t want to remember, or things you think don’t matter anymore – and then it actually makes you wonder as to how much all of those memories consciously or subconsciously, continue to affect you.

Some of us act strong – to hide how weak or vulnerable we feel, just as some of us laugh because we’re too afraid to cry (Tom Cruise). Some of us choose to believe that we are evil – because we’re afraid of being good (Julianne Moore), just as some of us choose to not trust anyone – because we’re afraid of the evil done or that could be done to us (Melora Walters). And the truly lost among us, I’m thinking, allow evil to be responsible for our fates (William H. Macy), because we aren’t used to being responsible for our life (Jeremy Blackman), just as those who brazenly spend a life being evil (Jason Robards), being too afraid to confront the consequences of their sins (Philip Baker Hall)…

– I’m thinking, Magnolia is a confluence of such various stories and characters that intersect or run parallel to each other. If you’ve always been told what to do, If you’ve cheated/have been cheated, if you’ve let someone/something go, or if you suffer from any other such life-dictating changes, Magnolia will leave you feeling frightfully understood… Not depressed – understood. “Truly therapeutic, it is” – says my Yoda senses.

This movie is intelligently directed, eloquent in its writing and philosophically sound with its message. Magnolia is one of those rare long movies, which I intend to keep re-watching and with each time I’ll be reassured that it’s one of the best movies I’ve ever watched (2nd best at least – I’m thinking). 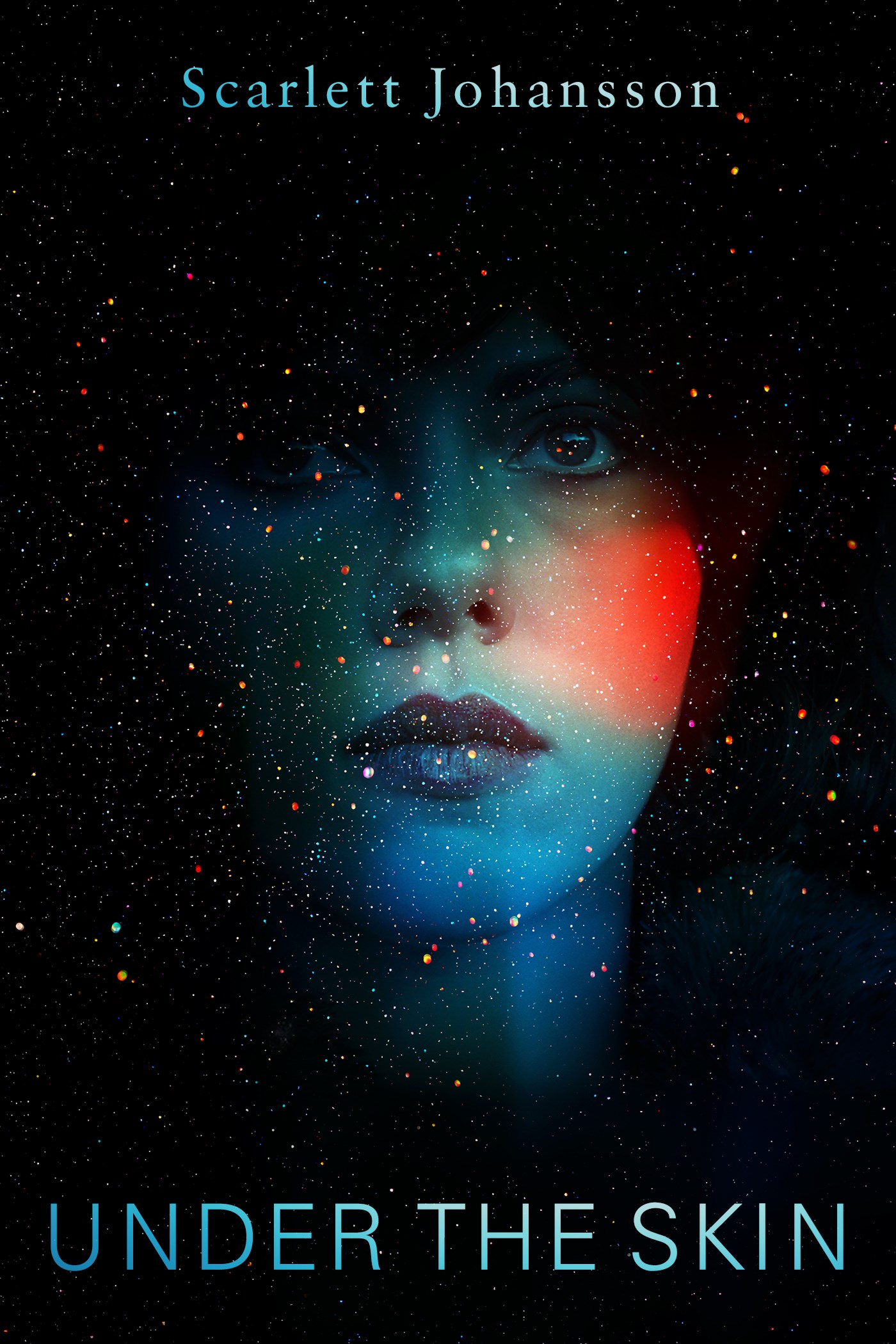 Why did I pick Under the Skin?

Under the Skin…. I’m not sure it even qualifies as movie that brings up morality issues, but hey, I picked it.

… If you’ve watched this movie, then you’re completely and fully aware of the dilemma I’m in. This movie has so many messages muddled in morality, it’s hard to pick one.

For me, at its core, Under the Skin is about being a women. The film is a commentary on how society and men treat women. Men lust after women, men disrespect women, men don’t take women seriously. Society, in spite of women’s bodily functions which are natural, treat women like aliens.

Under the Skin follows the story of a prostitute/alien who seduces men and of course, men lust after her. What is the prostitute’s response to the way men treat her? She kills them because that’s her nature.

The film also offers an alternative perspective – If she is an alien, then does an alien have morals? Is an alien obliged to help a family that’s drowning? Must an alien be expected to be empathetic?

Finally, if you look at Under the Skin on an individual level, then everything we are is decided by society on the basis of the size, colour, and shape of our skin. Is that right? Can society evolve to be better? Because, ultimately, we always have more to show under the skin than just the surface.

Under the Skin, if you think hard and long about it, will make you question your being and your morality.

Would I be able to walk two steps honestly if I knew there is no benefit that I’m going to get from following someone else’s dream? I’m sure most people wouldn’t. But hold on, that’s not the question Whiplash asks!

It rather puts you bang in the middle of the morally challenging relationship of a desperate student and a relentlessly aggressive teacher.

On One Hand
We all know that JK Simmons is kind of a jackass in the film cause he is a relentless, brutal, Mogambo kinda looking dude who is like “fuck you Andrew, you gotta drum even if your fingers fall off”. Reminds me of my school teacher Mrs. Simon who would slap us and then call us Ghaddas with a capital G and then proceed to stare at us in silence for 30 secs straight.

On the other Hand

You know that if it was not for Fletcher’s brutal training methods, maybe Andrew would have been still, well, anything but a great drummer!

So I’m kind of divided on this idea… we know that people like Fletcher are needed, but where exactly should they draw the line between imposing their own ambitions onto others with rare talent or forcing them into it? And we all know people who have suffered massive breakdowns (not counting ones where the girl ditches the guy, which would form a list as long as Nicholas Cage’s career failures) because of the immense pressure put on them.

Ask anyone who’s “Sharmaji Ka beta” in India, and they’ll tell you he’s the neighbour who got more marks than you in school. This brutal and annoying truth has been shoved down our throats by our Indian parents since before Gandhi died (sob sob).

Point being, we need clarity on what point pressure becomes pain and pain becomes torture. Barring the fact that everyone has a different breaking point too.

As for me, the only whip I’d appreciate, if I wasn’t at the receiving end, like Andrew is –

Bada dum tish!!!
“Also, we should probably kill Fletcher because he deserves to die”- So insists my fellow monk Confusious.